MY NEW KIDS ON THE BLOCK
Trading Card Collection

Anyway, each photo shows the card's face plus the captions on the back. Okay, let's begin....

First off, you must know that NKOTB was inspirational in more ways than one. Don't believe me? Read it and weep! 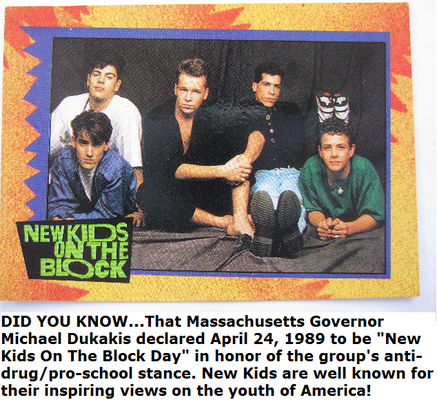 NKOTB members were also the masters of posing.
(Seriously, WHAT is going on here?) 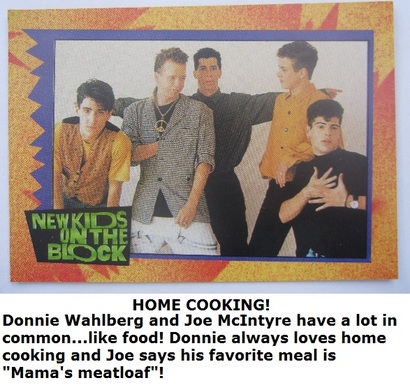 They were also very street. That hat Joey's wearing? So gangsta. 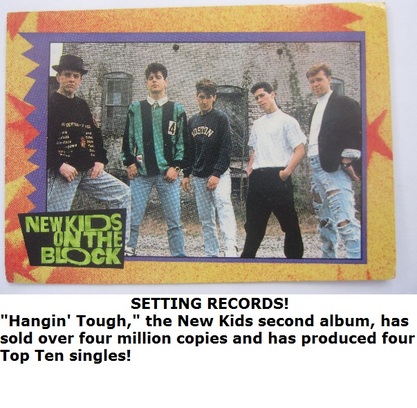 Back then some guys grew these little rat tail-like things that were utterly ridiculous...I mean cute, really cute. 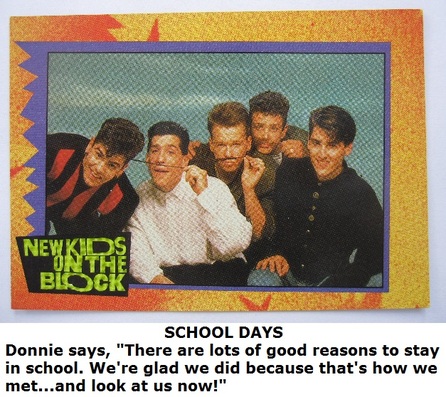 But on to the cast of characters. That's right, 'CAST OF CHARACTERS.' Boy bands are known to have a formula, with each member playing a distinct role.

First there was Donnie Wahlberg, the 'bad boy'... 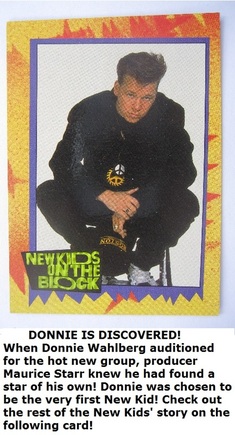 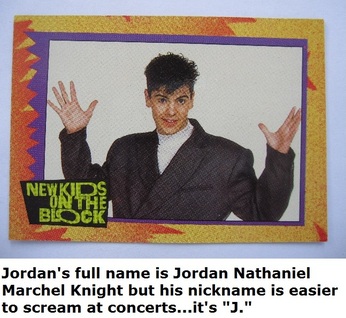 ...Danny Wood, 'the muscle' of the group....
(Note: Sometimes this character is swapped out for 'the prankster' or some other odd ball type to make the group unique.)..... 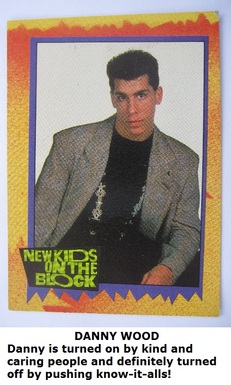 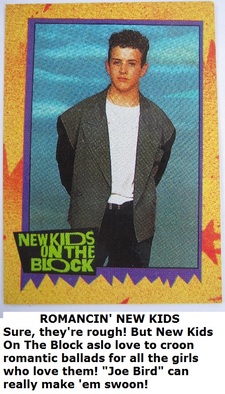 ...and finally Jonathan Knight, 'the one who later comes out as gay.' 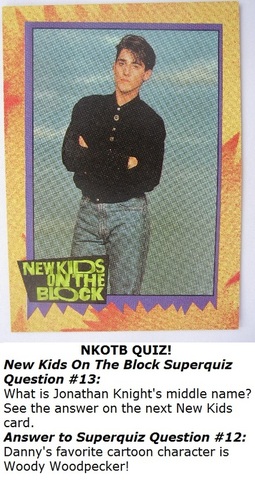 Believe it or not, these are two different cards. Laziness or love of polka dots? Hmmm...
Is it just me or does Joe look like he's channeling George Michael
from his Wham days?
Okay, I get that Donnie was the bad boy of the bunch and wearing black goes with the territory, but it looks like he's wearing black silk pajamas and that's creeping me out a little bit. These cards were made for teeny boppers, people!

Looking at the photos below, I cannot believe everyone thought that
Jordan Knight was the hot one.
Ummm...scratch what I just said. 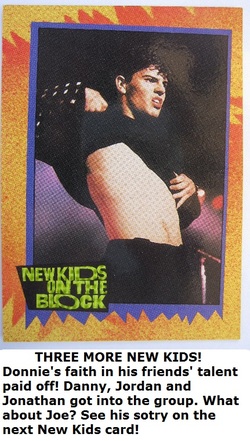 Help me out here. Who should I pair this photo of Jonathan with... 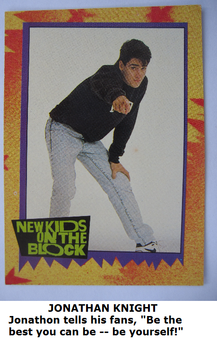 Danny or Joey? (Either way, Joey looks WAY too excited.)
Okay, I've wasted way too much time on this so I'm stopping. If you, on the other hand, haven't had your fill, click here for more New Kids On The Block Trading Cards.